In the spotlight, life can seem like a live recording of a show, a film, or a play.  During a live feature recording, whatever activity is caught is what is captured.  There is no redo, uh-oh, or expletive to change the flow.  The objective is to move on to the next scenes and keep the production going.  Others do not need to be affected or hindered by a mistake, or simply a lack of preparation.  The keys are getting it right, the impact on others, the going on, and the outcome.

What is the truth?

In live recording, all mistakes, facial expressions, postures, and demeanors are all noted.  Once they are chronicled, we know there does not lie a chance of retrieving and correcting them if they are not what was wanted.  Our lives mimic a live recording in dialect and deeds.  Since we are mindful to know that words cannot be retracted, why do we speak as if they can?  Better yet, why do we speak as if we can pull them back once released?  Whether speaking obscene or acting obscene, the eyes seeing and the ears hearing create a depiction that can be more than just a stereotype. 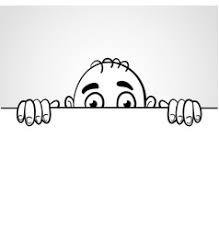 Every action we want believed we can rehearse to help to enforce believability.  We can all act when we need to.  If we want to show nice, we can practice it enough for the right time to display it.  If we want to show one who cares, we can brace ourselves long enough to front.  But if we want to show genuine, there isn’t amount of acting that can portray it.  Either we are unpretentious or we are not, for genuineness cannot be faked.

The choice really is ours

What we practice internally we produce externally.  If we make it a point of being a presentable person without a crowd listening or eyes watching, we do not have to go out of our way in public.  Like sweat, it will exude out of our pores.